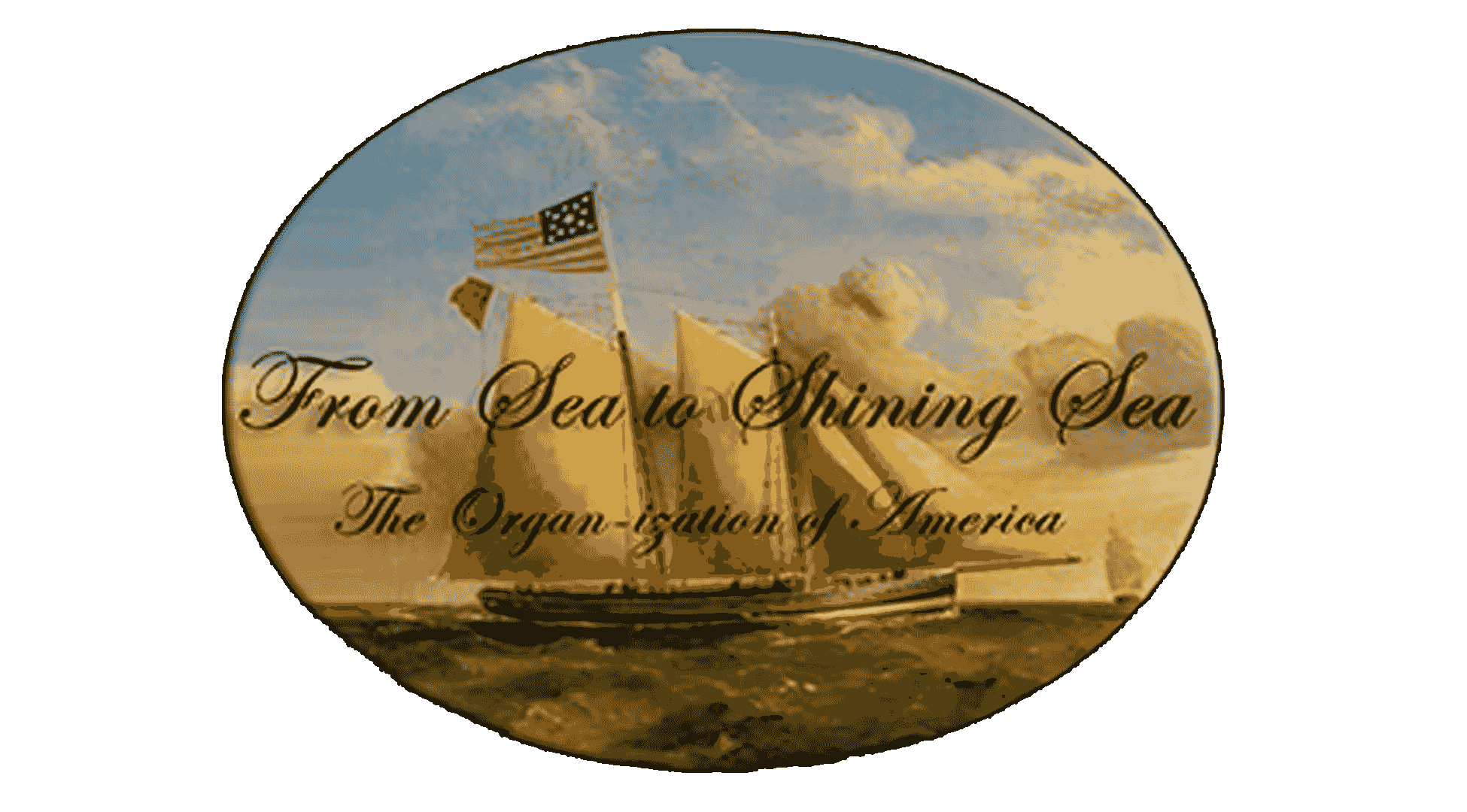 from sea to shining sea

“He lay face down on the deck of the ship gasping for every breath, his heavy wool coat soaked through, chilling his hungry bones. Two minutes earlier, he almost drowned. An angry wave trying to devour his determined soul. Hanging on for his life to the line from the jib. It was the only thing that kept him near to, then pulled back into the ship. Panicked from what just happened, he thought “This better be worth risking our lives.”

Thus, began the journey for John Howland across the sea in a little ship christened the Mayflower. A journey that would take him to this new world so full of promise. A journey that led From Sea to Shining Sea

From Sea to Shining Sea takes you to homes, churches and concert halls on the Eastern seaboard with intriguing anecdotes interspersed with the music of Palma, Bremner, and Selby, all of which could have been played on those first home and church organs in the colonies. You’ll also hear the music of Jennie Allatt, one of the first women in America to become an organist and composer.  The journey through America ends with Dudley Buck's resounding Concert Variations on The Star-Spangled Banner complete with magnificent awe-inspiring images created by David Jordan.

Stories of duels fought by organists and positions thus being declared vacant, travel by oxcart to deliver organs to cities in the wilderness, Native Americans being entranced by the sounds of "singing children in a box," and young women organists being the musical stars of their world, serve to create vivid pictures of the organists of the era. Images help place the listener in cities, churches, and homes, and the music played brings the listener closer to the artistic life of the colonies and fledgling United States.

All elements from our live concert

From Sea to Shining Sea

From Sea to Shining Sea is an organ and media event featuring the music, anecdotes, and images of the first 200 years of the organ in the Colonies and the United States.  Dr. Jordan's intensive research into the lives of early American organists, organs and organ music led her to create this program in conjunction with media artist, David Jordan. Mr. Jordan's images invite the listener to experience a visual connection with the music and stories of Dr. Jordan's program. From Sea to Shining Sea takes the listener on a narrated musical and visual historical journey. Complete with fascinating anecdotes, and eye-catching visuals, the program captivates audiences.

right for your venue?

As coordinator of our Parish Arts concert series, I am pleased to report From Sea to Shining Sea was one of the best-received programs ever presented in our eighteen-year history; it was entertaining, educational, fascinating and inspiring. At its conclusion, the audience eagerly gave the Jordan’s a rousing, standing ovation. Jeannine, appearing on the gigantic screen positioned at the front of the sanctuary, of the organ’s arrival from Europe and its expansion across the USA; it was clear, enthusiastic and at times, humorous. Everyone’s attention, without exception, was totally focused on her story. Her facility at the keyboard and pedals was flawless; her musical choices – marvelous; and her registrations - superb. She utilized every stop of the Holtkamp pipe organ, effectively demonstrating its versatility and power. David’s creative use of numerous cameras to project Jeannine’s hands and feet as she played, was perfectly coordinated with the music; the projections were extremely clever, alternating shots of the organ keyboards with pictures highlighting the pipe organ’s history in a new and developing country. One can only look forward with enthusiasm to the Jordan’s upcoming production of Around the World in 80 Minutes. Those who enjoyed this program won’t want to miss the next one.